Category: Gifts (U.S. and Canada Only)

All gifts are processed in U.S. dollars, and tax receipts are only available for U.S. supporters for the maximum allowable amount (purchase price minus cost of goods). Prices do not include the cost of shipping. Gifts ship to U.S. and Canada only.

Dan’s wide range of accomplishments include being a regular contributor to natural history publications worldwide, a field contributor for Outdoor Photographer, a consultant for Hewlett-Packard fine art printers, an honorary “Nikon Legend Behind the Lens,” and a mentor for American Photo’s Mentor Series photography workshops. Dan has also worked with Panasonic as a Lumix Ambassador team member. His work has been featured in several galleries including Nikon House (New York), the National Museum of Wildlife Art in Jackson Hole, Wyoming, and London’s Natural History Museum. Dan is a member of the prestigious Explorers Club.

His most personally satisfying accomplishments include two cover stories for National Geographic Magazine and his current volunteer work as Director of Polar Bears International’s Arctic Documentary Project. He is the sole photographer of more than 20 books including his self-published children’s title Portia Polar Bear’s Birthday Wish. To learn more about Daniel visit www.naturalexposures.com 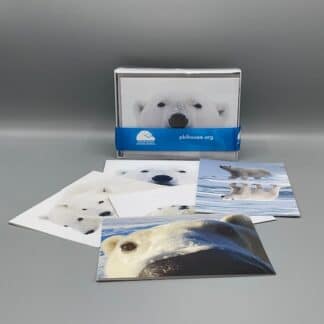